Hi! My name is Aoife and I’m in first year Biomedical Engineering.

I’ve recently signed up to volunteer with the Galway 2020 project and I’m really excited to get involved to bring you on my Galway 2020 volunteering journey!

Most of you probably know what Galway 2020 is, but for those of you who don’t - fear not! Galway has recently won its bid to become the European Capital of Culture for 2020. This means that all through next year, Galway’s rich and diverse culture will be showcased through unique and exciting events in the city and county. But these events won’t run themselves! This is where the army of volunteers comes in.

I first heard about Galway 2020 about five years ago when the city and county was working tirelessly in its bid for the Capital of Culture. I took part in a unique project with my youth orchestra, Music Matters, in collaboration with other youth orchestras around Galway. We worked with composer James Ross who helped us write our own piece together as an orchestra, which we named ‘Unreel’. Each orchestra then got to perform their own compositions at an unforgettable concert at Seapoint, Salthill. This project was just one of many contributing to the bid for Galway 2020. Since then, I’ve been really looking forward to 2020, but I never imagined I’d be in the city to experience the events first hand, let alone be lucky enough to volunteer with the year-long festival.

Even though we’re not quite in 2020 yet, preparations are still underway. Galway 2020 kicked off with a bang in September with an amazing launch ceremony in Eyre Square. My friends and I were dumbstruck as we watched the incredible aerialists complete daring stunts midair, accompanied by a beautiful original composition. Suddenly, the sky was filled with multi coloured streamers and rainbow confetti sprinkled the crowd. It truly was an amazing moment that summed up perfectly the atmosphere of the year to come. This was just a taste of the projects and events that will be happening throughout Galway throughout the year.

Over three hours we got a real sense of belonging to something bigger. Here we were, over 500 people, keen to showcase and promote the vibrant culture of our county. It doesn’t matter if you’re a native Galweigian, or one of the many that had fallen in love with our Gaillimh, everyone is welcome in creating this festival to remember.

On the day, we were divided into our various towns and areas, I myself was with my native Ballinasloe. I liked that each town could feel proud of their area, but at the same time, together we were Galway. There was a great friendly atmosphere in the hall as we all introduced ourselves and got to know everyone within our town area groups. I was amazed by the mammoth preparations that have already been put in, for example the captivating music and drum beats that have been specially created. We practiced a meditative melody for the ceremony, and to put it simply, we all got chills. First our leader started singing it and we found ourselves singing along. It was amazing to hear such a crowd sing in unison, without following any sheet music. It just worked. It’s hard to describe that feeling.

Later we were introduced to the samba drums and learned the new rhythms for the performance. There were so many instruments and we had a really diverse sound. It was thrilling when all the beats intertwined and came together. Our leader had created an intricate and clever drumming pattern that used the names of all the Galway town areas. We worked on different parts of the show for three hours, and even though it was hard going, it was brilliant fun. Most of us had never picked up a samba drum in our lives, but we quickly got the hang of it and it all came together perfectly. I’d highly recommend getting involved in this once in a lifetime opportunity to promote our city and county in an explosion of Galwegian culture. Next week our drumming and chanting practice will be on Saturday the 19th at 1pm at Leisureland, Salthill, with the first of the fire festival practices there at 9am. Later in the week I’ll be going a Galway 2020 talk, discussing how NUIG will get involved in the year’s events. Stick around to hear how I get on! 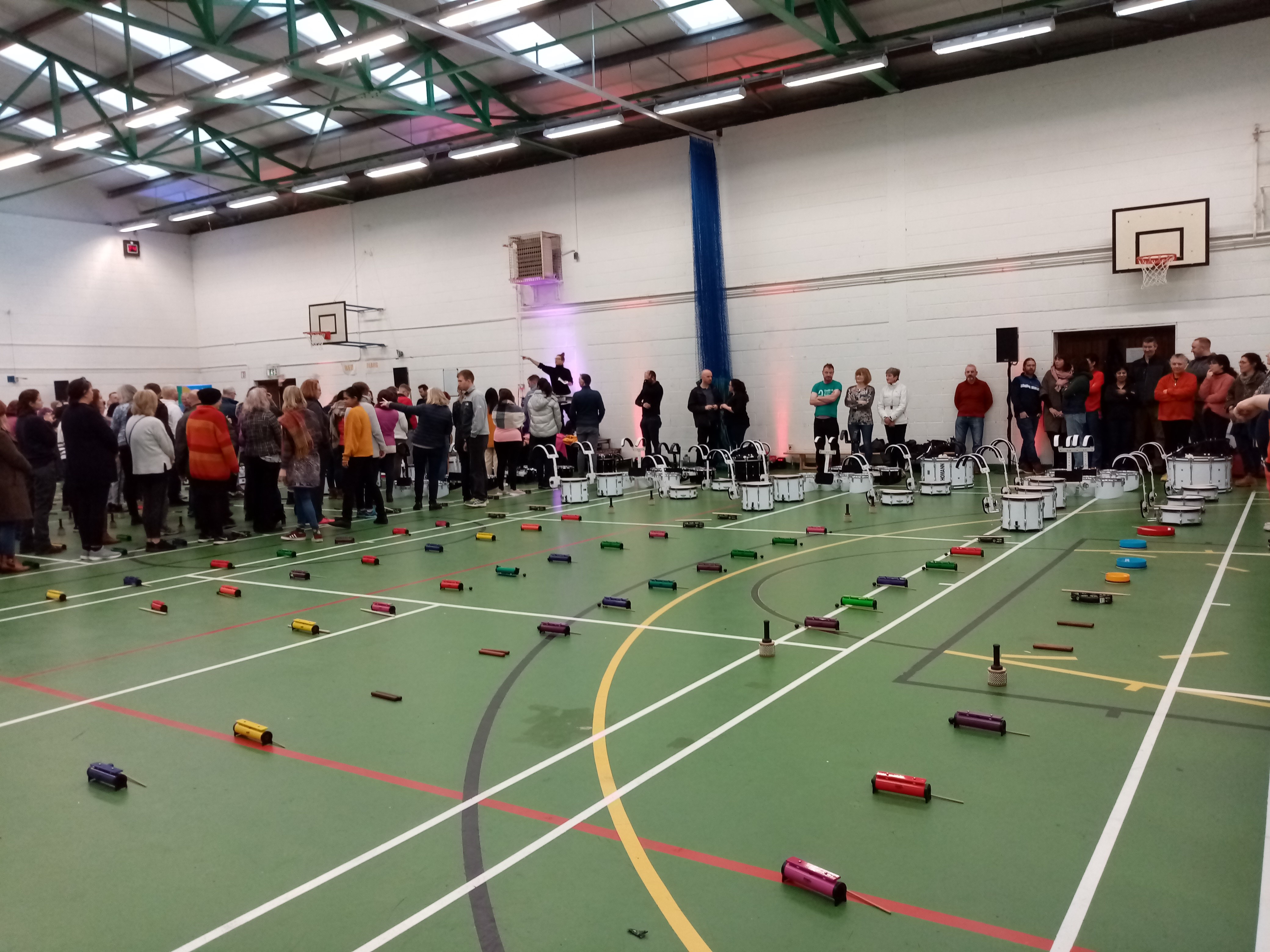 The Galway 2020 Opening Ceremony is going to take place in February in a massive week-long event around the city and county, but organising one of Galway’s biggest ever events is no easy feat. Galway 2020 currently needs volunteers to give some of their time to the preparation and running of events. I’d highly recommend becoming a volunteer with Galway 2020. It’s a once in a lifetime experience and I can’t wait to get involved in the festival.

Volunteer to make a video about your college course